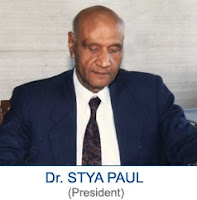 A galaxy of esteemed dignitaries from across the country, members of the Apeejay family including Apeejay students & staff were present at the event.

Notable artist Mr. Shekhar Sen, who has proved himself as a talented singer, music composer, lyricist and actor, paid tribute to Dr. Stya Paul by his enthralling performance on Swami Vivekanand – the chief disciple of the 19th-century saint Ramakrishna, who has been instrumental in the introduction of the Indian philosophies of Vedanta and Yoga to the Western world.

Dr. Stya Paul was a leader par excellence and a legend of our times – who was one of the principal architects of our nation’s emergence as a self-reliant industrial and educational superpower. He provided the foundation and inspiration for the emergence of the Apeejay Stya and Svrán Group & the Apeejay Education Society as trusted symbols of quality and excellence in the country's industrial and educational landscape. A pioneering entrepreneur with a far-sighted vision of the future, Dr. Stya Paul was instrumental in the rise of the Apeejay Group as one of the biggest industrial houses of independent India. 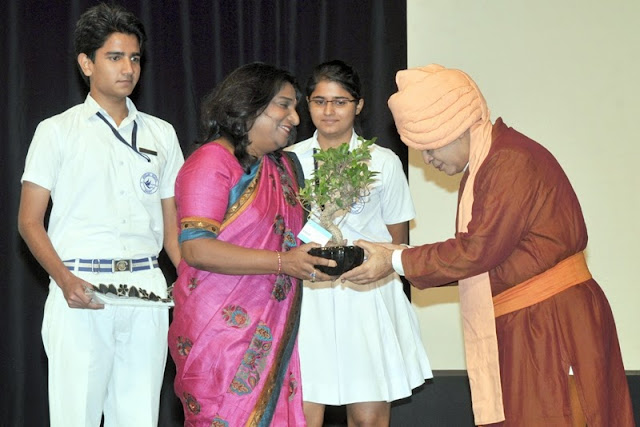 Attributing her success to her father, Mrs. Sushma Berlia said, “Dr. Stya Paul, both at a personal level & at the level of the Apeejay Group and its institutions, was a source of great inspiration & motivation. It is through him that I have learnt how to live life & if there are any achievements that I have, the credit goes to him.” Addressing the students present on the occasion, she further added “As builders of tomorrow’s India, each one of you has the potential to make our country truly great, make the most of your education – it is the greatest gift you will ever receive. The love for learning goes beyond merely studying textbooks and passing exams, it must open your hearts and minds to the glory and the adventure that is what life itself it!”