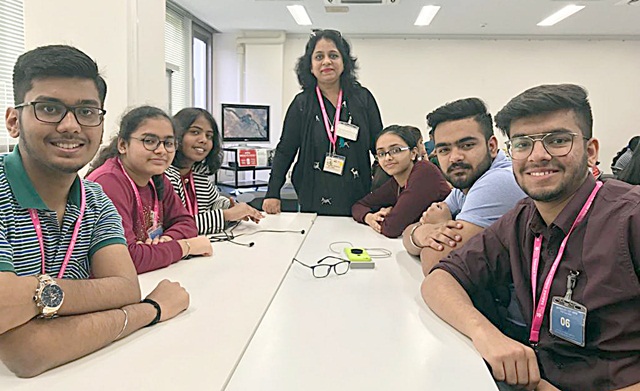 According to a Japanese quote "the three sources of happiness in a person's life is when we have something to do, something to love and something to hope for". For the six students of Grade XI – XII, Om Pathak, Abhishek Solanki, Shivay Madan, Esha Pillewar, Vatsala Hira Divyajot Kaur and the HOD Physics – Mrs. Manisha Agarwal, the learning exposure during the trip for the sponsored Sakura Science High School Exchange Programme of Japan, proved to be such and much more. 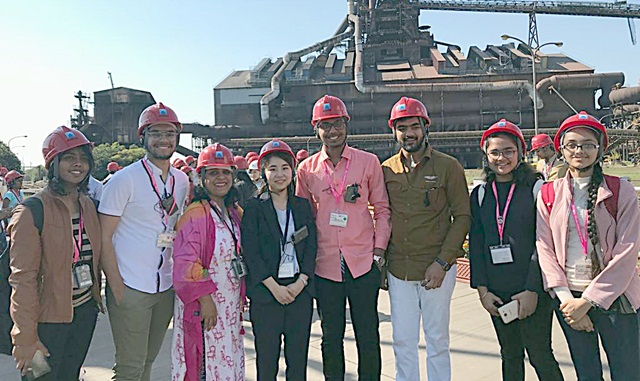 Held from 20th to 27th May 2018, the prestigious programme was conducted by JST (Japan Science and Technology Agency) in association with the Government of Japan. The Sakura Science High School Programme (SSHSP) aims to deepen the knowledge of the Asian youth in Science and Technology thus contributing to the promotion of innovation and development in the subcontinent. JST directly invited and sponsored 68 participants from India and 18 participants from Philippines in co-operation with the relevant government agencies. 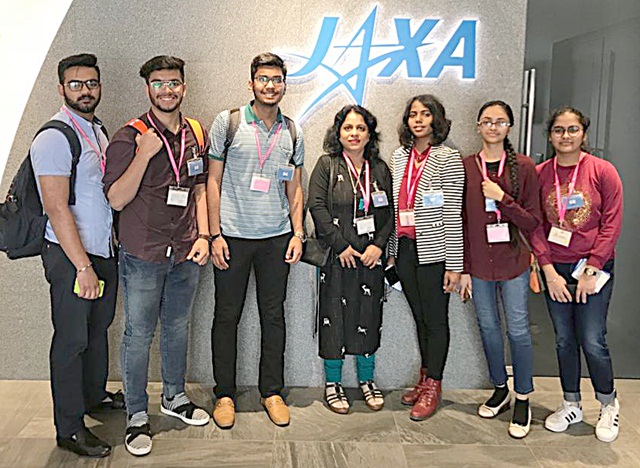 The Sri VIS team also had the privilege of visiting the Nippo Steel and Sumitomo Metal Cooperation, where they saw the making of steel sheets at very high temperatures. However, the most awaited visit was to the National Museum of Emerging Science and Innovation (Miriakan) where students met the ex-astronaut and Director of the Museum Dr. Mamoru Mori and gained through an exchange of ideas and sharing of the life experiences in the space of the astronaut. The museum is engaged in futuristic science like Robotics, Artificial Intelligence, Humanoid and much more. 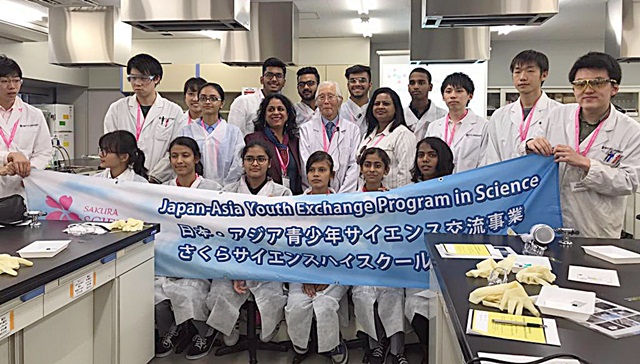 Students were fortunate to witness the magnificent Japan Aerospace Exploration Agency (JAXA) where they saw the Space Control station of Japan & understood the Astronaut’s training program. Sri VIS students enjoyed the hospitality and warm interaction with Japanese students at the Namiki Secondary School. Students of the school in Japan were gracious enough to teach the group origami, as a timer ticked on by their side. A visit to Graduate School of Frontier Sciences, University of Tokyo allowed a firsthand experience to see the various departments and super conductors personally.

Team Sri VIS left the University for the JST office where a closing ceremony was held. A representative each from Philippines and India thanks the SSHSP Coordinators and appreciated the initiative and hospitality of all involved including the Ministry officials, Scientists, JST team and JICE officials. 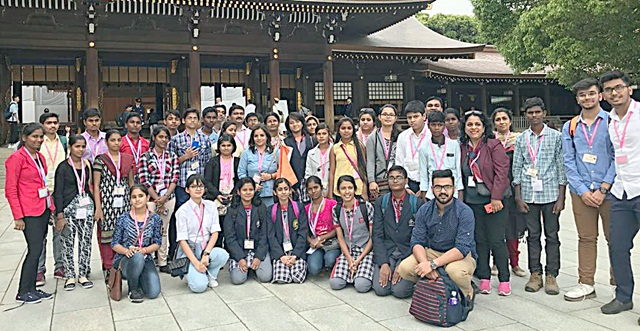 Apart from being a technologically advanced country, Japan has a very strong and vibrant culture. Visits to the Mejii Jingu shrine and the Edo Tokyo Museum made the group familiar with the exotic history and ancient culture of Japan.

This programme provided the group with the opportunity to unfold the ingenious realms of Japanese culture. Awed by the humility and the courtesy shown by the Japanese Nationals, they brought back rich memories. Sans any prejudice, the people in Japan always greet each other graciously with utmost respect. An extremely punctual race, they are never late even by a minute. This habit is a legacy they pass on to their children. 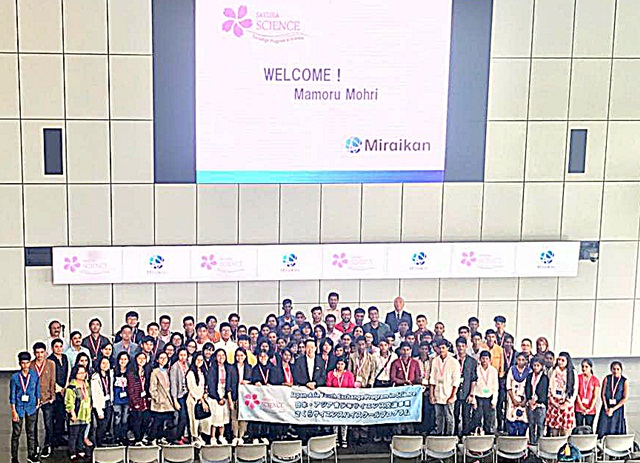 The warmth and the cheerfulness of the Japanese won the hearts of Sri VIS group and the knowledge gained was priceless. The group hopes to be more innovative and focussed to adopt and reflect on Science and Technology Projects in school and outside. The trip was a rich learning experience that motivated the young students while strengthening the Indo-Japanese ties. We hope to see more students pursuing their higher education/research/career choices in Japan and experience its world class infrastructure and work ethics.

Undoubtedly the group with a sense of ‘koi no yokan’ that a future connection is inevitable after the first meeting' with the Japanese intelligentsia.