World at your fingertips 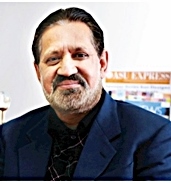 Television and Radio have been with us for nearly a century; print for more than 500 years. Yet in just last two decades, we have connected over two & half billion people through internet and communication devices. And by the end of 2018 over half the world’s population will have the option to connect and collaborate with each other.

Steve Jobs spent his last few years before his death on devising fifth generation iPod that also does video - to screen home movies, music videos and TV shows downloaded from the iTunes stores. This dissemination of information that takes place seamlessly empowers individuals in more than one way.

It offers opportunities to those who have been by-passed by the traditional mass media –particularly newspapers. Hence social media isn’t just a game or a pastime. 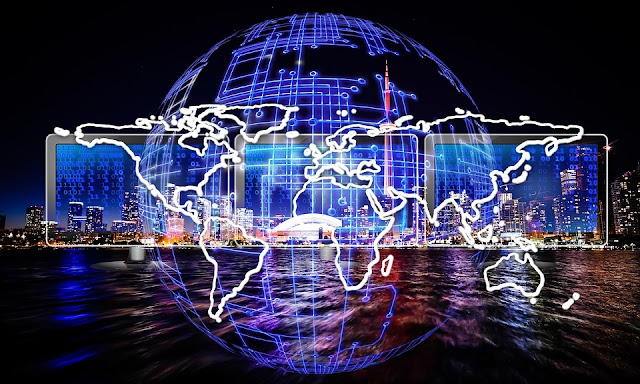 An estimated one hour of video footage is uploaded to the web for every minute of real time. This will grow exponentially over the next five years. This new video content will be available on any screen – in our living rooms or in our pocket – and will bring together all the diverse media which matters to us, from videos of family and friends to news, music, sports, gardening, cooking and more.

In the next five years, users will be at the centre of their video experience, they will have more access to more information. It will mean the birth of a truly global village that always stays connected.

Similarly there are trillion of pages on the World Wide Web. Few years down the road, it will make little sense even to estimate the number. Around a hundred billion books have been published in the half-millennium since the invention of printing by German blacksmith Johannes Guttenberg around 1440 AD. If every language and edition is taken into account that volume of information represents less than a month’s worth of the content currently being uploaded on the net. It is as if ‘real-time’ digital revolution has gone public. This scene reminds us of Marshal Mucluhan who in his book “Understanding Media” says that all technologies change us as we use them: “we shape our tools, and thereafter our tools shape us.”

One of the key enablers of this new wave technology is the rise of two forms of social media. One is the ‘Expressive social media’, which includes Facebook, Blogs, Twitter, YouTube, Whatsapp, photo sharing sites like Filcker and other social networking sites. Nowadays Indians use these social media platforms to discuss and debate, and articulate their own views for information of others to react and respond. The people formerly known as the audience are those who were on the receiving end of a media system that ran one way, in broadcasting pattern, listening / viewing without the option to participate, respond and interact. However, in this new emerging scenario audience becomes the broadcaster.

The other form is the ‘Collaborative media’, which includes sites such as Wikipedia and other forms of open resources. Collaborative platforms means marketers today no longer have full control over their brands because they are now competing with the collective power of consumers. In the process, consumers become ‘prosumers’.

The second decade of the 21st century has rightly been called the "decade of mobility" with media content creation, access and consumption going through enormous changes, leaving its imprint on all media industries - advertising, broadcast journalism & production, public relations, online journalism, events and social media.

Owing to these changes, the media landscape continues to evolve dynamically in the times we live. We at Apeejay Institute of Mass Communication (AIMC) are committed to imparting and fostering knowledge that challenges the students to think beyond the obvious, be ahead of trends and harness their potential to become leaders in their chosen field. With over 14+ years experience in media education, the institute alumni have excelled in their profession and are today in top positions across media platforms - both in India and abroad - and continue to drive the media industry forward and spur growth in the organizations they are serving, bringing immense repute to the institute.

Apeejay Education Society (AES) that is celebrating 50 years of commitment to education is known for inculcating values and knowledge in students by facilitating the exchange of ideas between students, industry experts and academics with the goal of generating cutting-edge, game changing and robust ideas that would propel the media industry.