Sant Nirankari Charitable Foundation, a branch of Sant Nirankari Mandal, organised a Blood Donation Camp (BDC) at Nirankari Satsang Bhawan, Sector 19-B, Dwarka, on the 27th May, 2018. No doubt, official time of donation of blood was fixed from 9.00 AM to 2.00 PM, but most of the members of Sewa Dal had taken charge of their duty from 7.00 AM onwards to make various arrangements required for the BDC. Not only that, young boys and girls were also inspired to render their services in the evening of 26th May (one day in advance) for making necessary arrangements and they voluntarily and gladly rendered their Sewa. Break-fast was served to those members of Sewa Dal who had come early in the morning to make initial arrangements for this BDC. 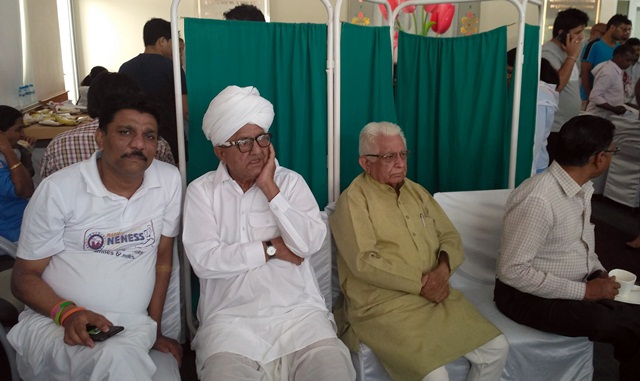 In fact, Ved Batra ji, Mukhi Mahatma of Satsang Bhawan, Dwarka had given comprehensive details of the Blood Donation Camp more than a week in advance during Satsang and a large number of Saints were quite eager to render their services which were assigned to them for making this BDC successful. Shri Ram Sharan ji, Additional Zonal Incharge of the Mission, who is also Sector In-charge of Dwarka, also played pivotal role in making the devotees of Sant Nirankari Mission understand the value and importance of donating blood and also for making various arrangements for this camp. 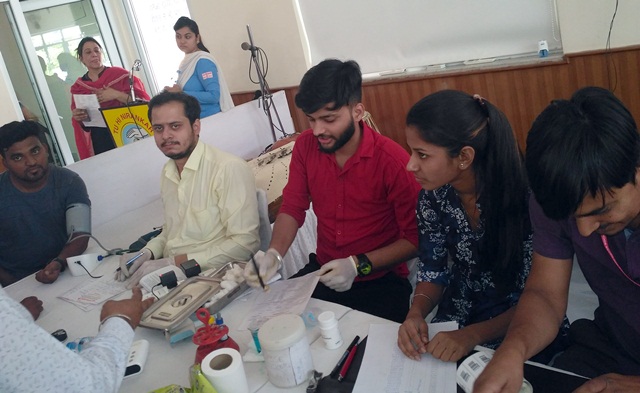 Many saints desirous of donating blood had gathered in long queues in front of the Satsang Bhawan for getting themselves registered for this BDC and 4/5 counters were made for the convenience of the donors. All were seen in jolly good mood and were enthusiastic to do this social and humanitarian service. By the grace / blessings and teachings of Her Holiness, Satguru Mata Savinder Hardev ji Maharaj, all the Saints realise that as and when some person has to be operated upon for curing his or her disease / some medical emergency, operation / surgery etc., only another human being can save his or her life by donating blood, as there is simply no substitute for blood. And that is why many Saints from the entire Dwarka Sector (Unit No. 422 of Delhi) consisting of some other colonies located on the outskirts of Dwarka namely - Kakrola, Goela Diary, Shyam Vihar, Seeta Puri, Uttam Nagar, Palam, Madhu Vihar and Sagar Pur etc., had thronged at the Satsang Bhawan for making contribution for this noble cause. Young boys and girls, gents and ladies, all were enthusiastic and they patiently waited for their turn to donate blood. 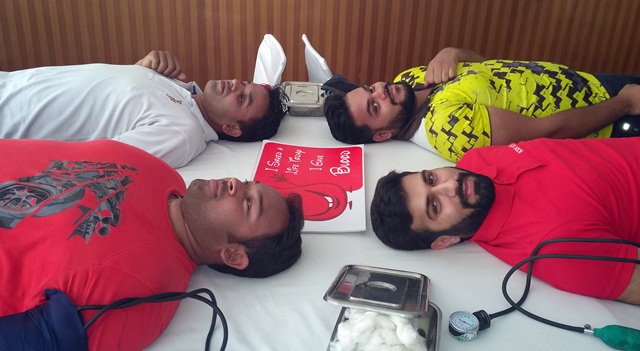 Some Rejections : Even though, many more people wanted to donate blood, but on interacting with the doctor and his team, it is gathered that 83 Saints were rejected for making this donation due to various reasons like – high BP problem, having weight less than 50 Kg, low BMI, in-take of some medicine 24 hours prior to donation of blood, some bad incidence of dog bite during the last one year, making of some tattoo on any part of the body within previous six months of this camp and also having haemoglobin lower than 12.5. Incidentally, percentage of rejections was very high in case of females due to one reason or the other and low haemoglobin found in many cases.

It is also gathered that some senior citizens, even though they were having good health and quite enthusiastic and willing to donate blood, were politely denied this noble opportunity, due to strict government guidelines for this purpose. After this BDC was concluded, the team of doctors and their assistants & technicians etc. were allowed to leave blood donation venue only after having Langar (lunch) served by Nirankari Satsang Bhawan, Dwarka. 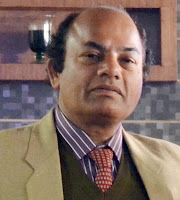