I am very happy that the Supreme Court taking cognisance of the report filed by SC-appointed monitoring committee which is overseeing the task of sealing ,who alleged that the Delhi Police was not cooperating has observed that it was a very serious issue & needed to be addressed at the earliest,The apex court had in March 2006 ordered sealing of all unauthorised constructions in the city & had then appointed the Monitoring Committee who was given the task to conduct & monitor sealing drive. The sealing drive went on till January 2012 when court asked the committee not to proceed further as the government had brought in force 2021 Master Plan for regularising some of the illegal constructions. The apex court in December revived the Committee & directed it to resume sealing operations. 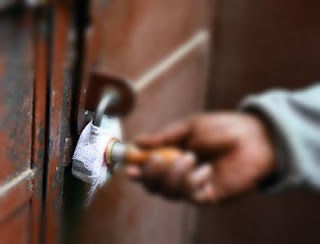 I am indeed appalled at the way unauthorised constructions all over the city has come about over the years under the` hawk` eyes of various local authorities whose entrusted job was to ensure that Delhi grew as per the approved master plans.Did they perform their duties? If not,WHY?

Unauthorised constructions have not come about in a day,weeks or months . It is the colluded efforts of various stakeholders for years & years! Who are these stakeholders,we all know?

Why this has come about,we all know?What corrective/punitive steps were taken by the monitoring committee, local authorities & their unauthorised construction/ vigilance departments to check this menacing DISORDER in the city-the capital of India?

There is very BIG IN-HUMAN ANGLE involved in this very SAD exercise?Has this been considered by the experienced & learned members of the monitoring committee , before the report was submitted to the apex court.Reporting that the Police did not make adequate arrangements is easy but what about the huge difficulties/problems the present staff of the deployed police & local authorities would have faced/could face.Why, they are facing it? Has this been brought to the notice of the apex court? How, to mitigate that?

I am deadly against unauthorised construction. But , at this juncture when sizable/ big percentage of development in Delhi is UNAUTHORISED, is it judicious way of going about it or the way it is being overseen/conducted it? Ask your self? What is the fault of the children,families old parents,sick relatives who are living in lakhs in these unauthorised habitations & conducting their flourishing businesses/humble living for months/years under the very eye of these authorities whose representatives now descend upon them with axes,JCBs & bulldozers et al.

It is also extremely intriguing that on the very day sealing goes on in one area, unauthorised constructions continue unabated in other areas of the city?

Take a walk with me,sir.

Let me also say without mincing any words ` THE UNAUTHORISED CONSTRUCTION/EDIFICES in any city are built on VERY WELL- CRAFTED ,DESIGNED ,SOUND FOUNDATIONS of COLLUSION & CORRUPTION!!

The only way, it can be checked is by injecting strong dose of values,ethics, good governance & morality into the present UNHEALTHY SYSTEM. 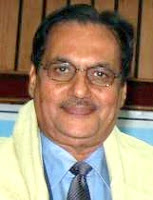