Delhi Police is working to implement it’s recently launched upgraded version of Women’s safety app ”Himmat Plus’ in entire city including all railway and metro stations in the coming days .

“The revamped ‘Himmat Plus’ a mobile application available in Hindi and English which offers wide range of safety features to it’s users has a special feature for scanning the QR codes of taxi, auto-rickshaw and e-rickshaw drivers to verify their details. It was launched as pilot project, the app can be currently used by women commuters coming out of the Delhi Airport and five metro stations -- Anand Vihar, Vishwa Vidyalaya, Malviya Nagar, Saket and Nehru Place.” Said Mr Sanjay Beniwal, IPS, Special Commissioner , Delhi Police for women safety, Modernization and airport while speaking at a two day seminar on “safer Road Transportation to promote National Tourism’ organized by Institute of Road Traffic Education (IRTE ) along with Ministry of Road Transport and Highways and Ministry of Tourism here today. 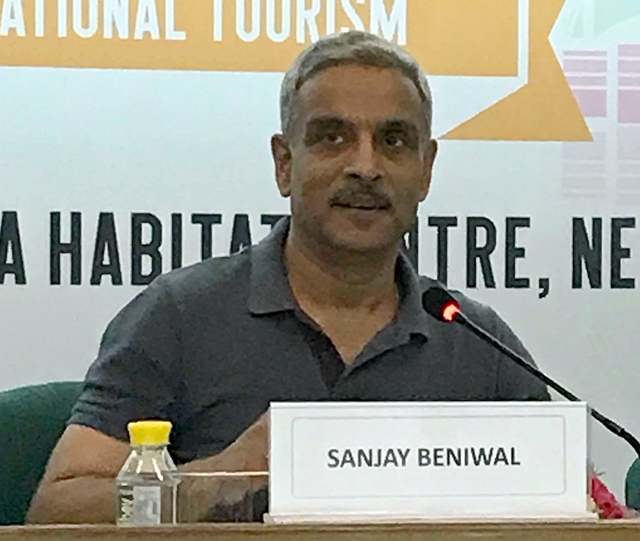 “ The app would act as a deterrent to crime against women, and would empower and make them more confident while travelling. Women are little vulnerable while travelling and when they board a taxi or an auto-rickshaw, they do not know if it is safe. This upgraded app will definitely empower them and boost their confidence while travelling," Mr Beniwal Said ‘

“The upgraded app has been transformed from an 'Emergency Safety' app to an 'Utility' app. The process of registration has also been simplified. Now anybody can download it on their mobile phones unlike the previous app for which one had to visit the Delhi Police's website to download it. “ he said

“The Facebook page of the Delhi Traffic Police and Twitter handle of the Delhi Police have also been linked to the app to provide traffic updates and other information. It has also been linked with Delhi police GPS system . The details of taxi drivers at the airport and drivers of auto-rickshaws and e-rickshaws were collected and fed in the server of the Himmat Plus app.Each driver has been provided with a 'QR card' to be placed in their vehicle which can be scanned by the commuter to establish the authenticity of the drivers," He added.