Subjecting a large majority of students who are unaware of a paper leakage to a retest shows the callousness with which our education system managers handle such an important function. CBSE has pointed out the ‘unfairness’ meted out to the majority of students in not having access to the leaked paper as the excuse for conducting a retest; this is laughable considering that only a tiny fraction of the millions of students have got access to the leaked paper and of which only a further smaller fraction would have pursued it in any seriousness to have benefitted from it in any real terms. 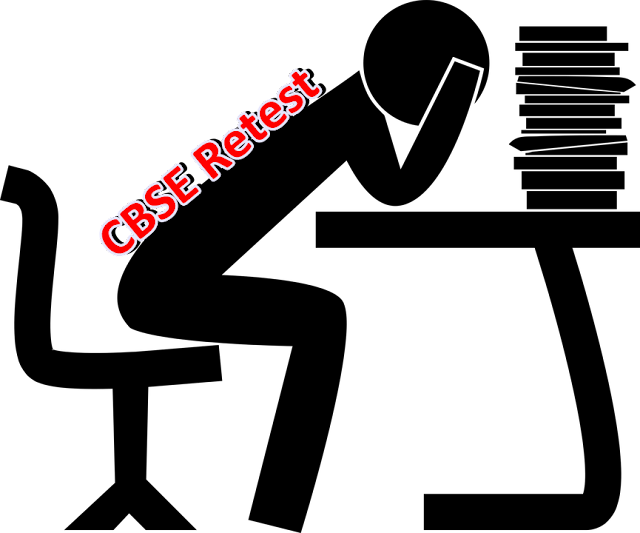 The bigger unfairness is subjecting the millions of innocent children to yet another episode of stressfulness. This is all the more painful since every educator and parent is familiar with the multitude of pitfalls our very examination system suffers from, the least of which is paper leakage: incompetent evaluations, inconsistent evaluations, wrong questions, mixing up of answer sheets, artificially sprucing up results, inflating marks, arbitrary or random level of evaluation standards, so on and so forth. Thus, examinations in our country have already lost its credibility as a tool for evaluation of understanding of the syllabus, leave alone as a calibrated tool for measurement of ability. Thus subjecting millions of hapless students, who do not have a voice, to yet another exercise in futility is a cruel joke. It further subjects students, parents and teachers to unwanted stress and given that the students from next year onwards only have to deal with half of what the present students have to go through, this retest is a tragedy foisted upon them. If anything, the paper leakage has only exposed the incompetence of CBSE to conduct a fair examination and thus leaves open the question of how it will ensure that a leakage of the retest paper will be prevented. Thus, children are facing another futile challenge, considering the pitfalls of examination system already mentioned and which is subject to threat of another leakage. It is the CBSE who should be held accountable for this leakage and not the students. And this entire episode gives us an opportunity to look at the system of examinations with a new understanding. World over, progressive educators and scientists are eschewing the concept of a single terminal examination as any measure of a child’s intelligence or ability and are recommending the use of other credible tools of comprehensive evaluation. It’s time we too junk this wasteful examination pattern and replace it with more trustworthy and reliable measures.