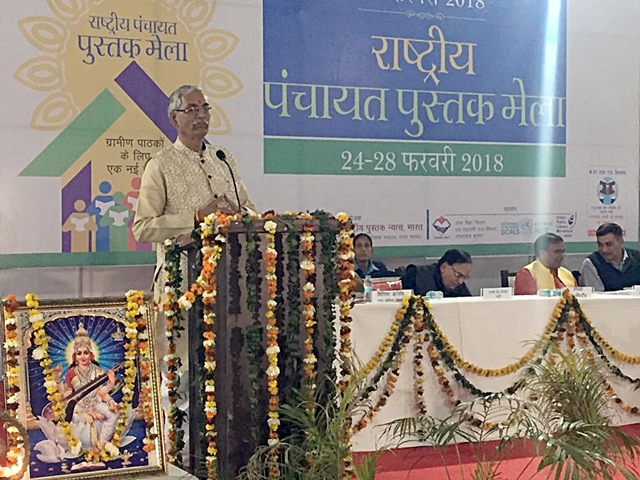 ‘The Panchayats should establish library as book promotion centre which can position itself as modern chaupal as traditionally the chaupals acted as platforms of information and knowledge dissemination’, said Dr Baldeo Bhai Sharma, Chairman, National Book Trust, India at the inauguration of the National Panchayat Book Fair at Srinagar, Uttarakhand today. Dr Sharma exhorted the Gram Pradhans to act as change agents by introducing the ideas of books and book reading in their villages. He underlined the endeavours of NBT to provide books to readers in their local languages and referred to three children books each of the Trust which have been translated into Garhwali and Kumauni languages and were released on the occasion.

Speaking on the occasion, Shri Dhan Singh Rawat, Higher Education Minister of Uttarakhand Govt. announced that following the book fair more than 200 libraries will be set up in as many Panchayats and the Government will be make adequate budget available for the same. During the program 14 Gram Pradhans from different parts of the state were awarded for doing excellent work in the fields of sanitation, education, waste management, health etc. 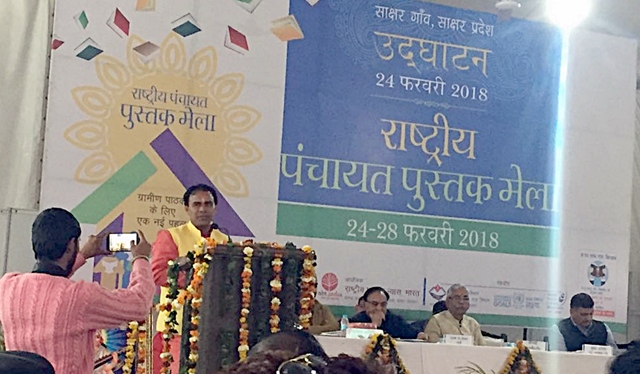 Shri Leeladhar Jagoodi, eminent litterateur, Special Guest at the event, underlined the importance of the role played by the National Book Trust, India and appreciated the fact that for the first time an innovative Panchayat Book Fair is being organised by the Trust at Srinagar. 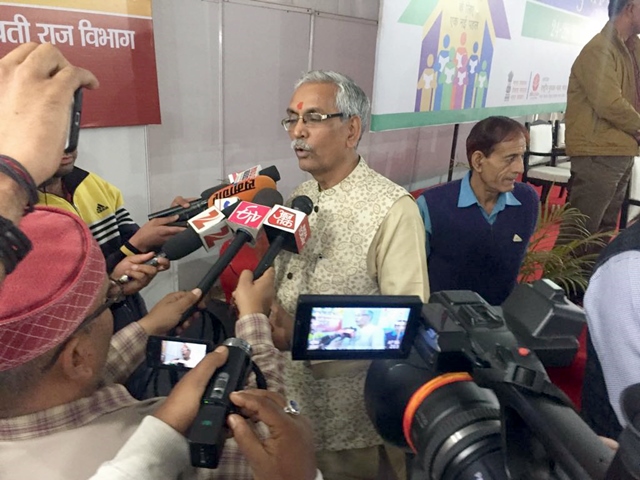 In the afternoon, Dr Rashmi Bajaj, Uttarakhand State Project coordinator of UNDP gave a presentation before the participating Gram Pradhans on the Sustainable Development Goals and the role that culture of Reading plays in it. She underlined the need to be fully equipped with information and knowledge about various schemes in order to be able to deliver on their goals and targets in more effective way. In that sense, she said, the establishment ad Libraries to act as the nucleus of knowledge and information among the community becomes quite crucial.

In the interaction that followed the Gram Pradhans shared their own experiences from setting up libraries and the poor access to quality books. They underlined that such book fairs surely provided them opportunity to choose from a wide spectrum. Dr R K Sharma, Librarian, United Nations Information Centre, New Delhi, who also participated in the discussions, informed them that Uttarakhand govt has a Library Act and they should take advantage of it.