DEPRESSION in STUDENTS – A Root Cause & THE Holistic Solution

In most of the cases, it is parental pressure (especially in middle class families) that dictates what career the child should adopt. Although of course, today, with a heightened level of awareness, students are independently taking decisions about their careers, it is because of the economic dependence on their parents that the parents get to have a say in most career taking decisions. 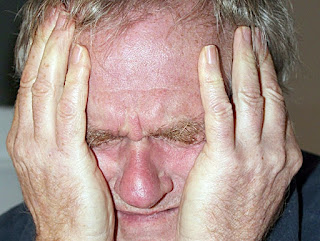 If there is a conflict of interest between what has been decided as the career for the student and the student’s own passion, it is reflected not only in the academic performance but also in the stunted growth of the student’s personality. This leads to unnecessary stress, the exact reason for which he may not be aware of. The student, instead of attacking the root causes, tries to treat the symptoms, thus aggravating the condition. By the time medical help is provided, it becomes a bit too late, as it could also lead to psychosomatic (psyche – mind; soma – body; - the problems of the mind affecting the body) depression.

Even 20 – 25 years ago, depression was considered a stigma and a person suffering from it would try to hide it from the world. Today also thanks to the fast paced life in the era of globalization and the conflict of interest (mentioned above), the person is not able to come to terms with himself and realize his ambitions/goals. This gap between the aspirations of the person and he falling short of his achievements results in frustration and disappointment. This is also treated as a failure by the student and the problems multiply.

Thus depression is widespread the world over and several people (many unknowingly) are affected by it. Many of them continue to lead their lives along with the depression rather than seek a solution.

In such a situation, where does the student go to for help? Initially to his friends/peers, who due to their thorough lack of experience in having faced and dealt with/handled such sensitive matters either give a deaf ear or some advice which is not appropriate?

Can/does he turn to his family members for support? Depending on the student–family relationship; he does. His parents and other family members are the best well wishers of the student. However again, the awareness of such ailments is pretty low even today, and also (with all the good intentions of the family) due to the family members’ preoccupation with their own business, careers, education and home/domestic pressures, the student finds that no one is ready/willing to spend time with him to listen patiently to his woes. 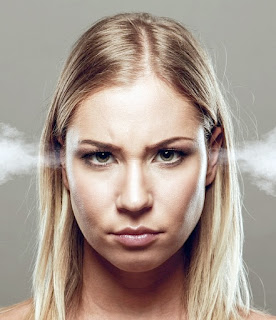 Alternatively, the parents in their anxiety to get the student back to normal health seek professional advice from a psychiatrist or a psychologist. The former (with obvious time constraints) listens to the student and his family for a limited amount of time. He considers the student as a PATIENT or just another CASE. He ADDRESSES the SYMPTOMS and MANAGES the AILMENT, instead of identifying and tackling the root cause. It may be the environment which or certain personalities who could be the actual reason, but the doctor/specialist chooses to ignore these stark realities and takes a patient-centric approach (i.e. he considers that it is only the patient who requires medical treatment to come to terms with Society) rather than consider the cause-effect of the surroundings (read society) which CANNOT BE CHANGED OR AVOIDED through human effort.

Thus the psychiatrist prescribes medication which he claims/recommends cannot and should not be stopped and it becomes a companion for life. Similar is the case with a psychologist who with his long list of clients may be able to give only a limited amount of time to listen to the student. In short, no one thinks of THE Holistic Solution.

Another way of trying to get peace of mind and sweeping the root cause under the carpet temporarily, is by the parents/student approaching astrologers/tantriks/palmists/numerologists (many of who try to make a fast buck, playing on the weak mindedness of the afflicted people) who offer cosmetic relief to the family and ask them to put up with the dis – ease for a certain period of time, after which they claim that ‘happier days will be here again’.

In such a situation, when the student feels no one is prepared to listen to his miseries, he is likely to take drastic steps.

It is here that a Counsellor can play a major role in alleviating the suffering of the student. The basic prerequisites/ skills/qualifications of an ideal counsellor are:

Ø He/she should be close to the student/victim, so that the latter is able to take him/her into Confidence and open his heart out to him/her easily.

Ø He/she should consider the student as a Human Being/Individual first, second and last.

Ø He/she should have the time, the patience, the mood, the willingness and the inclination to LISTEN PATIENTLY to the student, WITHOUT passing any judgments, remarks, and criticism (constructive or otherwise), till the student has FINISHED narrating his tale of woes and is ASKING FOR ADVICE.

This will ensure the unburdening of the student’s problems and he will be relieved to note that there is SOMEONE in this big, ‘bad’ world who is prepared to listen to him and empathize with the student in his problems, failures and grief. 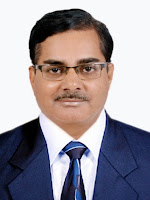