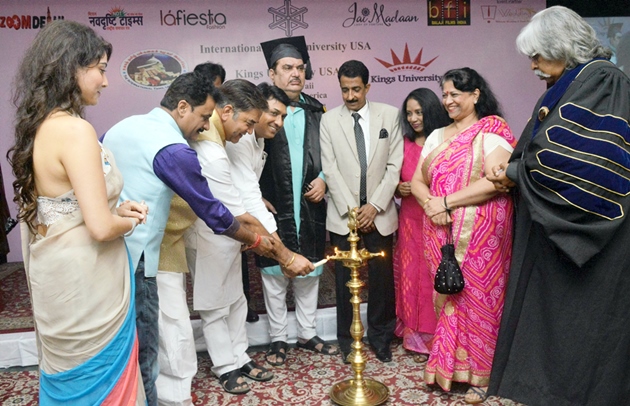 Achievers from various fields including Cinema, Television & Media were recently felicitated with the AIAC Awards for Excellence & Indian Icon Awards (in various categories) at a glittering gala organized by Delhi based senior league journalist turned entrepreneur Abhishek Bachchan under the aegis of All India Achievers’ Conference on the occasion of completing 28 years of its existence, at Hotel Samrat, New Delhi.

The agenda of the conference on “Individual Achievements & Nation Building” was to honour men & women from varied fields such as Industrial Trade, Education, Entrepreneurship, Healthcare, Social Work, Philanthropy, Creative Arts, Service, Astrology, Media and Performing Arts et el with the AIAC Awards for Excellence in their chosen vocation.

Nationally Recognized Abhishek Bachchan, Executive Director of AIAC said, “THE AIAC AWARDS FOR EXCELLENCE” and the “INDIAN ICON AWARDS” (in various categories) instituted in the year 1989 by the All India Achievers Conference is a nationally appreciated recognition that comes rarely and to a few who have worked hard to achieve and excel in their chosen field of activity to become role models worthy of emulation by others. It symbolizes the spirit of outstanding ‘achievement’ and ‘excellence’ in one go.