Say Yes to ‘Self Esteem’ and No to ‘Arrogance’ 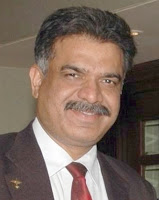 A reasonably high level of Self Esteem is a must to have a ‘Feel Good Factor’ about yourself. That inspires you to continue to excel in areas for which you have the Self Esteem. As per psychologists, this Self Esteem gives birth to Authentic Pride that arises when we feel good about ourselves, confident, and productive, and is definitely a socially-desirable personality trait. This further cultivates the qualities of being agreeable, conscientious and emotionally stable. On the other hand, lack of Self Esteem gives birth to Hubristic Pride that is responsible for socially undesirable traits such as being disagreeable, aggressive and tendency to fight on trivial matters. This further makes one egoistic and arrogant.

It is normally said that arrogance is a form of low self-esteem. Generally, people with low-self-esteem will bluff and boast about anything and anywhere and thus will appear as arrogant as they try to compensate for their own feelings of weakness. But remember that exceptions are always there. You will come across many people with low-self-esteem who will act modest and humble to hide their weaknesses and many people who will act arrogant are actually genuinely having unreasonably high levels of Self Esteem landing them in the category of people with very high opinions about themselves.

Some people feel that there’s a fine line between being confident as a result of Self Esteem and being arrogant, but in fact there is a huge gap. You may come across people who are trying hard to appear as confident and thus can mistakenly behave arrogantly simply because they don’t know what real confidence means. They may talk too much in a meeting, because that’s what they think confident people do. They may raise their voice and express an opinion without thinking much about its impact.

They will try to bulldoze their view forward, because according to them confident people always stick to their guns. Once they say something, they try to stick to it willynilly. A real confidant person doesn’t need to fake confidence. If you have it, even your silence reflects your confidence on your face. A real confidant person doesn’t get perturbed with the noise created by others. He remains cool, calm and composed and doesn’t join the shouting competitions during heated discussions. He may lose at times politically as he doesn’t believe in shouting but it just doesn’t lower his/her self-esteem or the confidence.

Confident people know that there will always be others who are more experienced and talented than what you are. Confident people are always ready to see the best in others and this in no way diminishes your own experience, your talents, and your value. Arrogant people on the other hand are shaky from within and will shirk responsibility and at the same time will always jump to take the credit for any minor victory. They are actually surrounded by the fear of unknown that their true colours may come out any time so they try to create an edifice of effectiveness around themselves and try to fake their greatness. So you will see that sometimes the people with the highest opinion of themselves are often the ones with the lowest self-esteem.

At the same time, sometimes arrogance stems from intelligence. You will realise that a lot of arrogant people are either very intelligent or at least they think they are. Many times, success gets into the head of some people and they become arrogant. People who think they're intelligent or/and successful rightly or wrongly desperately want others to think the same way about them. Such successful and arrogant people also struggle to understand why others can't achieve the same level of success through hard work or their smartness or manipulation as they have done. This arrogance gets reflected in their normal routine behaviour also.

Surviving an arrogant boss is a big challenge. Managing arrogant employees is comparatively easy. If you are the boss with self-esteem but have not even an iota of arrogance but you come across an employee who is highly arrogant and even disrespectful to colleagues and even seniors. You should be able to handle such an employee through one to one talk and that too in your cabin. Don’t criticize him, don’t punish him but make him realise that he/she has to improve his/her behaviour. May be his/her upbringing has been disturbed. A couple of sessions of counselling by you as the boss or the HR department should be able solve the problem.

But if the boss is arrogant, it is very difficult for you to correct him/her. Such bosses cause great damage to their subordinates and the organization ultimately. They fail to motivate their teams. They spoil the healthy environment in the organizations and in fact make it poisonous. They impede the effective functioning of the organization. If the behaviour of your arrogant boss is causing you significant emotional distress and you are convinced that you are on the right track, muster the courage to have one to one frank talk with him. If his arrogance is of average level, chances are that he/she may improve. But if he/she is bloated with ego and arrogance and nothing works, you can consider filing a complaint with your human resources department or with the top management. This can be a joint complaint by three or four people voicing the same concern with documented evidence of arrogant behaviour of your boss. But before taking this step, always consider the risks involved. Don’t take this step in a hurry.

If your complain doesn’t work or you even drop the idea of complaining as you think that your boss has very strong connection with top management, consider requesting for transfer to a different department or even look for a different job. Remember that long term distress in the work-place can have a significant and negative impact on your personal life at home and on your self-esteem, emotional well-being and even your physical health.

Another option could be to become spiritually strong enough that such arrogant people are not able to disturb you. Keep doing your job in a cool and composed manner to the best of your capability and just ignore such people. In fact, the next time someone drives you crazy with their arrogance and ego, consider treating them with kindness, pity and compassion, and it may soothe their ailing self-esteem.