EVERY NIGHT IS LIVING HELL FOR BARWALA RESIDENTS. Village Barwala Convert into a Gas Chamber every Night.

While the heavy smog cover engulfing the capital city post Diwali has been taking a toll on the health and making life miserable for Delhiites, it’s been a double whammy this year for Barwala residents. A Village in North West Delhi Tehsil in North West Delhi District, Barwala enjoys prominence due to its Heliport, and also because Barwala Heliport road happens to be the key link road to Bawana from Rohini. Local residents of Barwala allege that myriad illegal industrial units that are in the pickling business have been emitting hazardous poisonous gases. In turn, all this has led to various health related complications. A surface treatment process, ‘Pickling’ helps remove impurities like stains and inorganic contaminants from metals. In the steel pickling process, an acidic solution named ‘pickle liquor’ is employed for removing surface impurities from metals for cleaning them. According to residents, these units have been grossly violating environmental norms by functioning illegally, thus resulting in soil- water pollution, besides clogging the drainage system. Local dwellers are complaining of breathing problems and in general, are finding great difficulty leading a normal life. Ironically, while the matter has been brought to the attention of the competent authorities such as DC North West and SDM, nothing much has progressed. The suffering of the residents continues unabated, and with every passing day, the problem is only worsening with no solution. 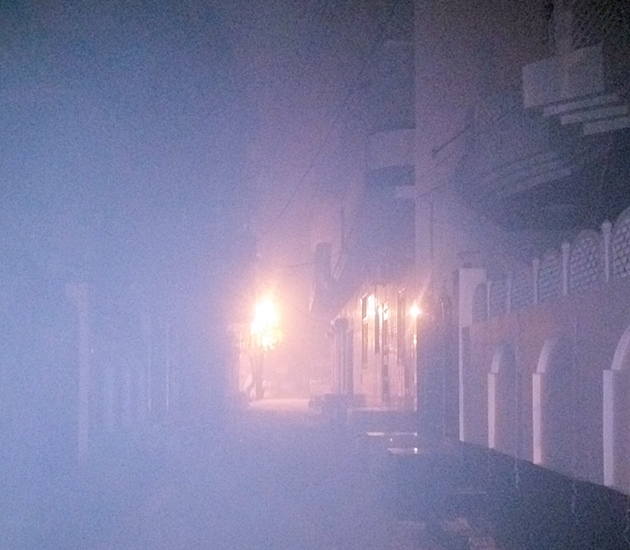 An aggrieved Dayanand Vats, President of Barwala RWA moans, “Situated at a short distance from the Rohini Heliport in Pooth Khurd Village’s Laldora area, numerous unauthorized pickling units have been making life excruciating for us due to unrestrained emission of toxic gases coupled with emanation of stench. Barwala today resembles a large ‘chamber of toxic gas’ thanks to the unremitting emission of toxic effluents from various pickling units in the vicinity. Albeit, the matter has been reported to the concerned officials, there has been no respite for us so far. Every day is a living hell for the local citizens, and the authorities seem to maintain their nonchalant callous attitude over our entire sordid saga. The CM of Delhi Arvind Kejriwal is in the know too, but that also has not altered the status quo. A mass protest by residents too failed to wake the authorities from their deep slumber. Asthmatic patients are indubitably the worst hit, and to aggravate the situation, there have been reports of other ailments like eye swelling, nasal congestion, running nose, chest congestion, labored breathing, shallow breathing, wheezing cough and body aches from our area. Since the nasal passage is the alleyway for viruses and allergens to enter the lungs, the nose and sinuses are often related with myriads of lung disorders. A sinus or nasal passage inflammation can cause asthma attacks, and the driving force for asthma is allergies. It seems imprudent on the part of the authorities to keep the focus only on prevention of crop burning and vehicular pollution, and overlook the gravity of damage caused by the emission of toxic gases from illegal pickling units too. The pickling units operating in the vicinity of our residential habitats have been our bane as they have lead to all sorts of health hazards for innocent inhabitants of the area. The perplexed residents are sustaining in a harrowed existence, and a solitary visit to our area will show how we are surviving out of forced inhuman environ conditions. Difficult to imagine the existence of human settlements in an area surrounded by illegal units that reeks of foul smelling atmosphere and killer poison gases or fumes. The shocking truth is that the air is heavy petite foul smelling nauseating around with another ugly face of scattered garbage wastes all around spilling even on the roads. The regular burning of wastes by the unmindful authorities at random causes more adversity. The incessant fires end up often polluting air with harmful poisonous gases and stuffing the atmosphere with thick smokescreens nullifying visibility on one hand, and making commuting almost impossible as one cannot even stand in open. The suffocating air is resulting in serious respiratory problems, and is on the threshold of claiming innocent lives. The children are the worst sufferers. The situation is bound to become more precarious with the advent of a foggy weather. What aches all the more is that we have perpetually participated in plantation drives for the sake of protecting our environment and Mother Earth. We seldom miss an opportunity to participate in drives aimed at reducing pollution, global warming, and spreading general awareness amongst citizens. However for all our years of environment friendly measures and initiatives, we have only got a cold shoulder from the concerned authorities as the violators of green norms are still enjoying a free run. Wonder where we are all headed for?? The future seems bleak, and if something is not urgently done, it might be too late in the day to make amends.” 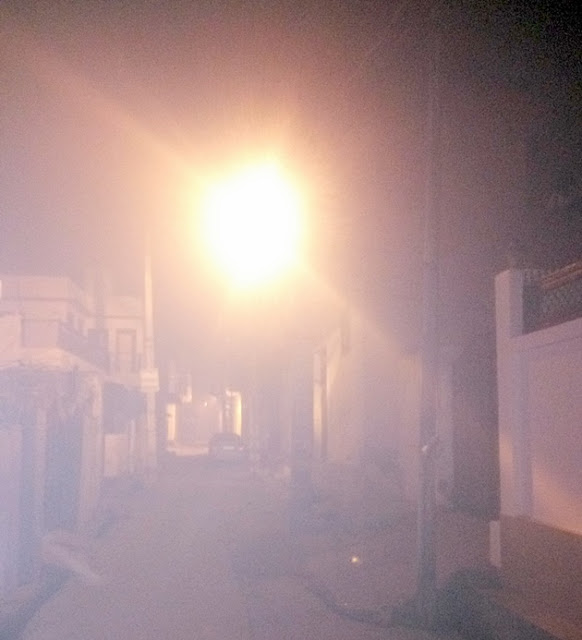 Sharing his perspective on this sensitive issue, noted social activist Bansi Dhameja opined, “It is a gross violation sanctified under International Laws to run illegal units that emit poisonous gases and fumes within a striking distance of any human habitat. The families residing in Barwala today are witness to the nightmares every day. On one hand, there are ambitious plans of making the capital a smart and sustainable city, and on the other hand, some portion of the city is left exposed and vulnerably to hazardous emissions. If this isn’t hypocrisy, then one wonders what is? If the government and the National Green Tribunal (NGT) could get the whip cracking on all those polluting the environment, why have they not paid heed to the just plight of the Barwala residents who are finding extremely tough to combat the ill effects of pollution. It doesn’t require someone to be a health expert to enlist the repercussions of air pollution as those who are smitten by it can best describe the state of their own health problems which have aggravated over the passage of time, as a result of the polluted air, or smog as we may term it. While we take pride in being Delhiites, we cannot ignore the adverse ramification of being a denizen of the capital city which ofcourse is the humungous “pollution” to which one is continually subjected. Be it the vehicular pollution, industrial pollution, or the reckless burning of leaves or waste materials in and around residential habitats, there is just no escaping the pollution for those dwelling in the urban belts. Having experienced the ill effects of pollution, I now realize why many chronic patients have literally, not by choice, but out of compulsion, been forced to shift base to tranquil rural belts with abundant lease of fresh air to avoid further damage to their health. I would like to cite the instance of brick production industry which the Central Pollution Control Board (CPCB) had some time ago recognized as a highly resource and energy intensive and polluting industry owing to prevalence of outmoded production technologies. The clusters are the source of local air pollution that impact local dwellers, agriculture and vegetation, and even the climate change at a bigger level.

The Supreme Court of India had issued a directive in this regard for discontinuing the movable chimney kilns and ordered the brick kilns to adhere to the new environmental norms. Though this was a much needed measure, such kilns continue to illegally function due to lax monitoring systems. The workers in the brick industry are subjected to extreme working conditions, and are prone to respiratory ailments. Blame it on the unavoidable pollution in the environment, our general body immunity, or simply the modern day sedentary lifestyle, people like me happen to be the first casualties during the change of season phase, or when there is a sudden rise in the pollution level due to emanation of hazardous and poisonous gases in the atmosphere. I experience colossal problem in breathing. I have no qualms in stating that a lot of people have become immuno-compromised due to the rampant air pollution. Blame it on our lethargic attitude, that we as local dwellers, have been mere mute spectators to incidents of reckless burning of leaves and garbage in our near surroundings by habitual violators. These are violators who need to be severely taken to task for not just polluting the air quality, but for jeopardizing the well being of countless citizens. Citizens across the length and breadth of the country need to undertake a solemn pledge that henceforth they would not shy away from taking responsibilities and initiatives in matters pertaining to environment and global warming. The collective, and persistent sincere efforts are bound to improve the overall air quality, thereby ensuring a healthy lifestyle for one and all.”