In a first of a kind experience, thousands of children along with dignitaries from the Government of India came together to celebrate the launch of the FIFA U-17 World Cup India 2017 Trophy Experience in the capital city of New Delhi. 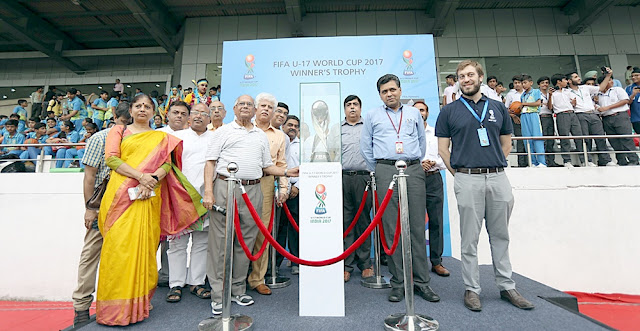 “The winner’s trophy for what will be the first FIFA tournament in India will embark upon an incredible journey starting today and it’s a really special moment for all of us to be here to flag-off the same. All fans of the game get to take a picture with it, to be with something the world will fight for in less than 50 days. I hope more and more people come and be a part of it,” said Shri. Injeti Srinivas, Director General of Sports Authority of India.

Talking about Mission Eleven Million, Afolabi Rabiu said, "The MXIM programme is great initiative to get young kids behind the beautiful game and I'm sure this will go a long way in taking football to the next level in country". 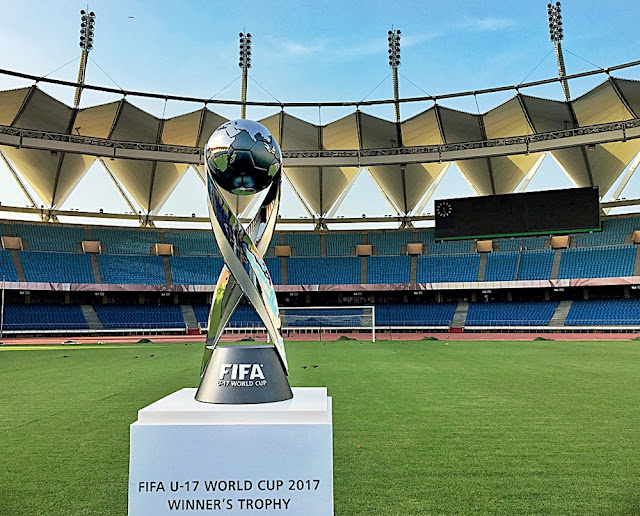 The Winner’s Trophy is set to tour all six tournament host cities over the next five weeks. Football fans and families across India are invited to be part of the Trophy Experience.

The idea behind the Trophy Experience is to give Indians a once-in-a-lifetime experience to see the FIFA U-17 World Cup Winner’s Trophy up close.

The Official Trophy will be placed at India Gate on Sunday, 20th August where residents from the capital will be able to come and see the silverware the winning team of FIFA U-17 World Cup India 2017 will lift on October 28th.