After conducting a unique, all-inclusive festival in Gurugram where children with special needs took part, the Mission XI Million caravan moved south and touched down in the royal city of Hyderabad. The huge attendance of more than 1200 from schools all over Hyderabad at the MXIM festival added more numbers to the already proud figure of 7 million for the legacy programme of FIFA U-17 World Cup India 2017. 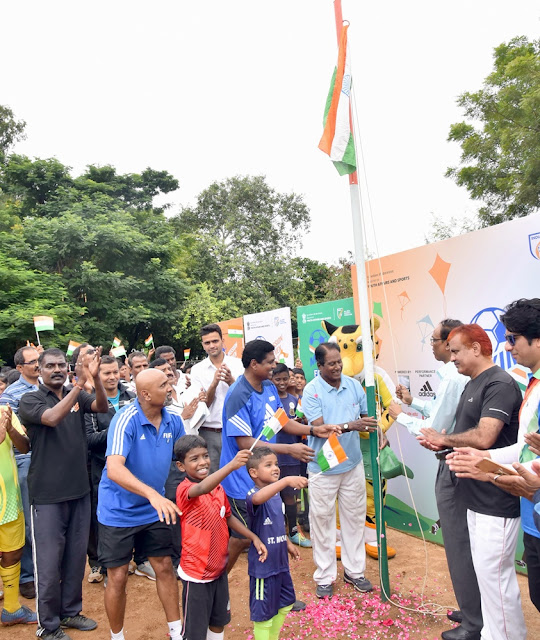 The love for the beautiful game was on display at Secundrabad's Gymkhana Ground where kids enthusiastically participated in exhibition matches and drills, showing off their skills with the ball. The Official Mascot of the FIFA U-17 World Cup 2017 India, Kheleo, entertained students and teachers alike. The latter could be seen cheering and encouraging their students as they took part in the friendlies and drills.

The fun-filled day also saw participating kids celebrate Independence Day. Former Indian Football Team Captain Victor Amalraj along with other dignitaries present hoisted the Indian flag at the festival. Amalraj later remarked, “I am very pleased to see Mission XI Million reaching Hyderabad. The programme has already managed to popularise football in the country, and after seeing the activities and the attendance here, I’m very optimistic”. 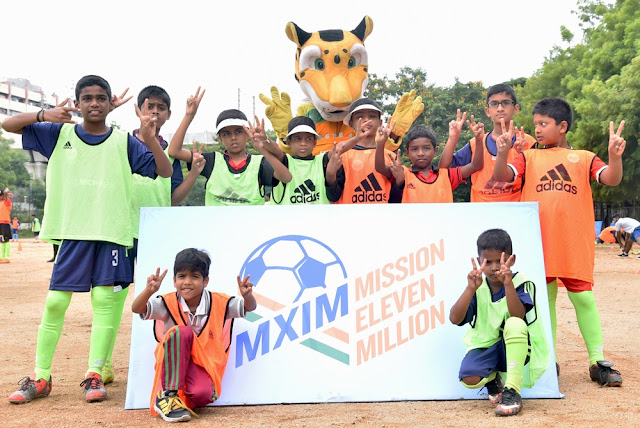 Project Director, LOC, FIFA U-17 World Cup India 2017, Joy Bhattacharjya also expressed his pleasure at the massive participation. He said, “Such huge turnouts give us a reason to believe that the beautiful game is making inroads in our nation. Children are ready to embrace football, and one can only imagine how things will be, once the country experiences the FIFA U-17 World Cup later this year”.

The admiration and passion witnessed in the festival for the beautiful game ahead of the country’s 70th Independence Day was indeed remarkable and illustrated the World Cup’s Official Slogan “Football Takes Over”.

A Mission XI Million festival will be conducted in the eastern city of Bhubaneshwar on 22 August.